Combined with Brainstorm’s eStudio render engine graphics, the result was the display of “live hyper realistic” effects, produced and broadcast in 4K/UHD, including a dome made of stars, alongside virtual fireworks and other AR elements.

The set-up includes two Ncam-tracked cameras and a SpyderCam, which allowed for long-travelling tracked shots all around and above PyeongChang’s Olympic Stadium.

Kim, chief director for AR at CJ E&M, said: “The experience has been positive, as we were able to create a complex, visually overwhelming live event, which was watched all over the world with the enhanced AR imagery. We are delighted to have created a visually stunning material overcoming all the issues of such a complex set-up.” 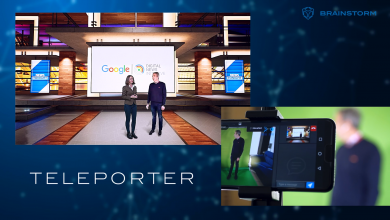