AR presents an opportunity to add another layer of engagement for viewers, helping to make programmes stickier. Whether it’s using AR to put your name on the back of your favourite athlete’s jersey during a game you’re watching or being able to get live statistics — such as the speed of a ball leaving the paddle of the table tennis player — AR is already in use.

VR, meanwhile, will probably take a longer time to reach the adoption rate of AR. It will likely require a major overhaul of VR hardware to gain significant traction with consumers — most people are still averse to wearing the VR headset to immerse themselves in the VR experience. On top of that, the cost of the equipment and cost of production of VR are also deterrents. So far, it’s been difficult to monetise in any other way than a subscription model. Another problem is the lack of quality content, which is in part driven by the need for stronger user experiences.

Advanced video players like the Ooyala Player are helping to address these concerns by not only enabling VR and 360-degree content playback, but by also allowing broadcasters to monetise that content via ads or other means.

What is the impact of disruptive technologies such as AR/VR on the media and entertainment industry?
O’Neill: Immersive video technologies like VR, AR and 360 videos are ramping up and can present a brand-new experience for consumers. We expect more immersive video services to take off as they present new revenue opportunities for broadcasters. Intel Sports provided a VR experience for the 2018 Winter Olympics in PyeongChang earlier this year, and BT sports currently has game highlights in 360-degree video format.

We are seeing a strong drive for immersive content across all of Asia-Pacific, especially in markets where live sports are important, and we’re looking forward to seeing how the Tokyo Olympics in 2020 will push the limits of technologies to provide viewers with enjoyable immersive experiences.

Major technology companies have already started experimenting with new content formats and this will help shape the path for other content producers to follow suit. For example, YouTube has introduced its VR180 video format, Facebook has its social VR hangout Facebook Spaces, Discovery and Google have a VR series, and Turner and Intel are giving viewers access to NBA game VR broadcasts. Mobile VR might be a conduit to success and faster adoption, with companies such as AMC and BT already having VR apps available.

Pure 360-degree video, despite its own format challenges for producers, is also gaining traction, with BT Sport providing game highlights in this format.

There is huge market potential with new content formats as the technology become more mature. According to ABI research, 360-degree video, interactive and immersive content formats will generate US$6 billion dollars of revenue by 2022 — tapping into the VR ecosystem, as well as widespread support for application development on mobile platforms. We expect content providers to continue experimenting with the technology, building great stories and consumer experiences. 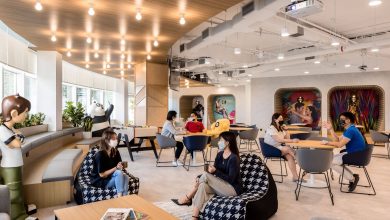