As 3G, 4G and, to a lesser extent, 5G networks become more prevalent around the world, cellular-based transmission is providing an increasingly viable option to traditional satellite broadcast vehicles, as Shawn Liew discovers.

Bon Om Touk, or the Cambodian Water Festival, is an annual festival celebrated fervently by Cambodians from all walks of live, and characterised by boat racing along the Sisowath Quay in Phnom Penh.

Khim Vuthy, director general of TVK, explains: “We were really impressed by the LU600’s video performance, as well as the bandwidth efficiency it provides. We were getting bandwidth at around 10Mbps, and even when we capped the bandwidth at 5Mbps, the video quality stayed the same.”

For its coverage of past editions of Bon Om Touk, TVK used satellite outside broadcast (OB) vans, which restricted mobility, according to Vuthy. “With LiveU’s cellular bonding technology, we had no such limitations and were free to go live wherever we wanted, including on boats to cover the races and from the top of a building when the King arrived.

“We are now planning to use multiple LiveU units for our daily newsgathering and event coverage,” he continues.

According to LiveU, the LU600 delivers the “highest video quality and bitrate in the market (up to 20Mbps), and is set to offer the fastest file transfer (60Mbps), lowest delay and 100Mbps high-speed Internet connection.” Field-upgradable to HEVC/H.265, the LU600 is also tailored to the needs of mobile journalists with the offer of a new streamlined user interface that comes with an “ultra-responsive” five-inch capacitive touchscreen.

Does the TVK’s usage of the LU600, also represent a clear shift towards cellu­lar bonded solutions in the field, APB asks Ronen Artman, VP of marketing, LiveU. “It’s true that in remote areas or harsh conditions, hybrid solutions provide broadcasters with a cost-effective and versatile replacement to traditional satellite trucks,” he replies. “However, in areas with strong 3G, 4G and slowly emerging 5G networks, 4K HEVC/H.265 cellular bonding solutions are providing an extremely high-quality, reliable and cost-effective solution for live video acquisition and production.”

To further bolster the transition to cellular bonding, a report released by LiveU last December found that data traffic for live video over IP has doubled over the past two years. LiveU alone delivered around 1.5 million live broadcasting hours in 2017. HD 720/1080 video traffic accounted for almost 80% of all traffic delivered in 2017, with an increase of over 120% in live HD sessions compared to 2016.

Specifically, Africa has seen a move away from satellite to cellular bonding, with cellular often replacing satellite in countries such as Ghana, Kenya and South Africa. This, according to LiveU, can be explained by the strength of the region’s 4G networks and the lower costs offered by cellular, while some broadcasters are also creating multi-camera productions using cellular transmission units.

Artman adds: “The LiveU report reflects the transition away from traditional transmission methods to cellular bonding, which is gaining ever greater traction with 4K HEVC solutions.

“With the growth in live IP video traffic, this shift will become even more apparent. Bringing higher quality with even greater reliability to the market, HEVC/H.265 enhances the use of cellular technology across multiple genres, such as live sports.”

Arguably, one broadcast terminology that is increasingly becoming synonymous with cellular-based transmission is remote production. While remote live production previously required an OB van and a crew to create a talk show, press conference or any remote production, this is changing, notes Michel Bais, CEO of Mobile Viewpoint. “With the introduction of our WMT products, two to four video feeds can be transported back to the studio with minimal equipment, where a director can decide which feed to use,” he describes. “Being able to easily transmit several feeds to a central studio location makes it much easier for a producer or director to carry out multiple productions in a single session, which saves time and money, and which otherwise would have been spent on having personnel out on location.”

“Products such as Mobile Viewpoint’s WMT range makes it possible to go live from aywhere, with no need for cables or satellite connections, at just 10% of the original cost.”

Going beyond live video transmitted over mobile networks, Bais also predicts proxy editing through mobile to be the “next big thing”. Some, he notes, are calling this the ‘connected camera’, in the sense that editing can begin from the central storage by using low-resolution clips that are transferred from the camera over bonded cellular.

Proxy editing, Bais believes, will result in a much faster turn­around, enabling producers to create the final product on location.

“Also, by using a bonded cellular unit, the high-res clips can be downloaded after they are created, and can be used to go live instantly on social media platforms, for example, when the edited version is saved for the evening news or a talk show.” 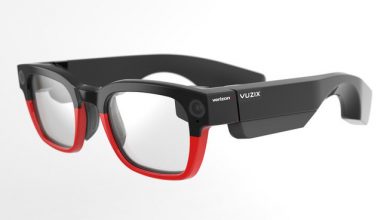