This year, Kuaishou, a Chinese video sharing app and a sponsor of the festival for the last three years, launched its Super Broadcast — a live, interactive show hosted on its platform during the festivities in February. The live broadcast, which was aired nightly from February 1-26 and reached an estimated online audience of 46 million, relied on Clear-Com’s FreeSpeak II digital wireless intercom system to facilitate communications and connect various elements of the broadcasting process, including the director, production crews, lighting, audio, video, stage designers, screen operators and special effects.

During the planning stages, GICC, a provider of AV equipment rental and technical services in China, had to consider surrounding gear compatibility and overall coverage of the large onsite area. Xu Fei, General Manager of GICC, explained that the vast mix of gear for the show could potentially cause transmission interference, and the team had to consider how it would all interface together without compromising their ability to cover the surface area of the set.

The FreeSpeak II transceivers were connected to either CAT5 cable or optical fibre, depending on the placement location. Furthermore, cellular roaming technology kept users connected and moving freely across the expansive space.

Xu said: “A successful show cannot be achieved without collaboration between teams, and the FreeSpeak II wireless system played an irreplaceable role for this event.” 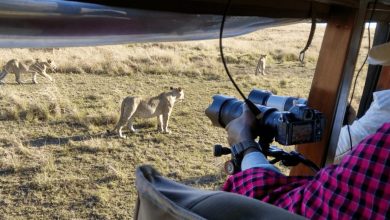