“According to OFCOM, broadcast TV’s share of all adult viewing fell to 61% last year in the UK, and that number is only going to drop further. This creates a great opportunity for CTV to thrive,” he says.

OFCOM is the UK media watchdog.

Agreeing with this sentiment is Noreen Henry, Chief Revenue Officer, Sojern, a digital marketing platform. She points out that CTV soared in popularity during the pandemic, with adults in America spending 2 hours and 29 minutes every day viewing digital video in 2021.

A recent WBR Insights report by Sojern found that while CTV adoption globally remains low, streaming rates have soared, giving brands a chance to reach an engaged audience. It indicated that 14% of marketeers surveyed believe they have an unprecedented opportunity to reach new customers at a lower cost and with more control than they could ever expect from traditional broadcast television.

“Streaming services are becoming increasingly popular and, as more consumers cut the cord, CTV has become the industry’s answer to increasing brand awareness and driving engagement,” she adds.

With delivery of TV and video content directly from the Internet, users do not have to subscribe to a traditional cable or satellite provider to access content. They can watch on various devices – tablet, phone, laptop, desktop and television receiver.

It has led to the phenomenon known as “cord-cutting”, which is the growing trend of customers cancelling traditional cable and satellite subscriptions in favour of only using streaming or video-on-demand formats.

With cord-cutting, viewers are spending more time on OTT video, especially video streamed to CTV devices. Naturally, advertisers have followed these viewers to the media channel, according to Insider Intelligence.

“Not only has CTV advertising grown throughout the pandemic, but it also rose at rates that were among the fastest for any significant sector of the US digital ad market, thanks in part to the expanded availability of its offerings with scaled targeting through programmatic buying options, as well as the greater flexibility it offers compared with linear TV,” the report says.

“We projected 213.7 million people to use the Internet through such a device at least monthly in 2021, compared with our pre-pandemic forecast of 208.1 million. In addition, we’ve revised our 2021 figure for traditional pay-TV households downward, from the 76.8 million we had expected prior to the pandemic to our current forecast of 74 million.”

The move away from live TV is supported by a survey commissioned by Samsung Ads in mid-2021 in five EU countries.

The survey found that the COVID-19 pandemic has led consumers to change their viewing behaviour. “Increasingly, audiences are choosing based on content rather than a channel or platform,” says the report.

“Jumping from linear to Netflix, to their Xbox, viewers today are hard to track and harder to engage. There has been a proliferation of choice, while enforced time at home has given many the opportunity to explore new TV-based entertainment options. These new viewing habits look set to stay”.

Samsung Ads is the media and advertising division of Samsung Electronics, the world’s biggest manufacturer of televisions.

Reflecting the new behaviour, a British viewer, female, 51, said: ““I watch some live TV like the news and soaps but am streaming more. We’ve also enjoyed watching travel shows on YouTube – it’s a nice, educational family moment. I also tend to binge more now; one year ago, it was different.”

According to the market research, 77% of adults agreed that they prefer to watch programmes or movies on a TV rather than on another device. The reasons go beyond just the visual experience of a bigger screen. It is also about the shared experiences that a TV viewing can create and facilitate, says Samsung Ads.

What’s different, however, is that these experiences are happening away from live or linear TV. Live action such as sports and news is still a largely linear experience. About 49% of adults said they would mostly go to linear TV to catch up on what is happening in the world.

Netflix remains king of the hill

Netflix is still king in the over-the-top (OTT) video services but it is facing tough competition among other key players, including Disney+ and Hulu, who are garnering new subscribers and taking an increasing share of the OTT pie, according to Insider Intelligence.com.

As at Q3 2021, Netflix has about 214 million global paid memberships, an increase of more than 16 million subscribers from a year ago (see table, figures in million):

Binge for nearly 6 hours every day

With the COVID-19 bug forcing lockdowns worldwide, folks in Britain are going bug-eyed staring at their screen for hours almost every day.

OFCOM in its annual study into British media habits reported that in 2020, people were watching video content for nearly six hours each day.

The major share in viewing time was on subscription-based video-on-demand (SVoD) contents such as Netflix and Amazon Prime, totalling 65 minutes. SVoD services were used by 60% of all UK households by the third quarter of 2020, up from 49% a year earlier.

YouTube remained the most popular user-generated online video service, with people spending 41 minutes per day viewing its videos. By early 2021, the total number of YouTube videos viewed by UK online adults was 22% higher than a year ago.

In contrast to broadcast TV’s decline in viewing share, SVoD’s share of total video increased from 12% in 2019 to 19% in 2020. SVoD services, led by Netflix and Amazon Prime Video, drove most of the 47 minutes’ increase in total viewing in 2020, with average viewing almost doubling to an estimated 1 hour 5 minutes per day. In comparison, viewing of BVoD services, such as BBC iPlayer, ITV Hub and All 4, increased modestly to an estimated 12 minutes per person per day in 2020. There were also small increases for YouTube and the use of games consoles attached to the TV set.

• TV content investment has been hit hard by the pandemic, with public service broadcasters (e.g. BBC) expenditure on original productions falling by 18% in 2020. Non-PSB channels were also affected by this, as cancelled sporting events reduced total programming spend in this sector.

• The strong revenue growth experienced by the UK independent production sector in recent years was interrupted by the pandemic. However, production activity has since resumed, with help from the UK Government’s Restart Scheme. Strong demand from international TV broadcasters and SVoD providers, together with continuing commissions from PSBs, indicates that the sector is well placed to recover.

In summary, the shocks brought about by Covid-19 pandemic have increased production costs, hastened the consolidation in the independent production sector, and lowered revenue for PSBs.

Question:  In face of the changing viewing habits and growing popularity of CTV, what would your business strategy be in the year ahead? 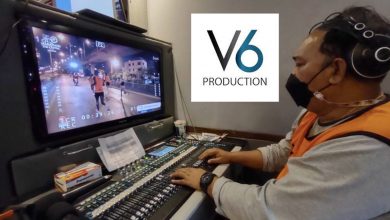 Alive & active: Will 2022 be the year hybrid live sports come roaring back? 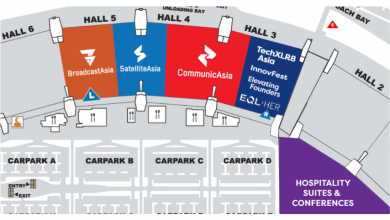 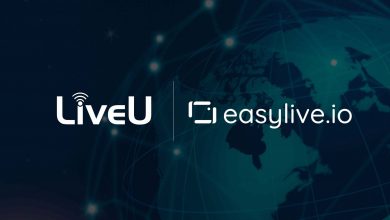 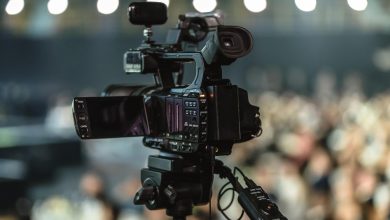