The national broadcaster of Nepal will install FOR-A’s signal processors, video switchers and routers in its HD studios

Nepal Television, the national broadcaster of Nepal, has been tasked to upgrade to HD by January 31 next year, a mandate given by the country’s Ministry of Information and Communications Technology. To meet this timeline, Nepal Television has selected FOR-A as its technology partner in providing solutions for the network’s quick turnaround and an upgrade path to 4K/Ultra HD (UHD) in the future.

By then, Nepal Television will be running three HD studios, replacing all of its current equipment from SD to HD. The broadcaster will utilise two FOR-A HVS-2000 2 M/E video switchers for two of its studios, one HVS-2000 3M/E video switcher for a production studio, and dual-channel FA-9520 signal processors for frame synchronisation, colour correction, and up/down/cross/aspect conversion. Prior to this installation, Nepal Television has already been using HVS-390 video switchers in two studios, including one regional studio in Kohalpur.

Nepal Television will also upgrade the master control room (MCR) and programme control room (PCR) for its two national channels — NTV and NTV Plus — to full HD. The broadcaster will install two FOR-A MFR-3000 routing switchers, one in the MCR and another as a redundant router.

In the PCR, Nepal Television will utilise the MFR-1616 routing switcher as an upstream router, HVS-100 as an on-air production switcher, and FA-9520 for all signal processing.

Head of department, engineering Chinta Mani Baral and chief of studio transmission and maintenance Hari Prasad Bhandari, both of Nepal Television, said: “From video switchers, to routing switchers and signal processing, we were able to deal with one manufacturer in Japan, which was a big benefit to us. They are able to meet out pricing and tight turnaround time, and make sure we are fully HD by January 31 next year. We expect to enjoy a mutually beneficial relationship with FOR-A for a long time.” 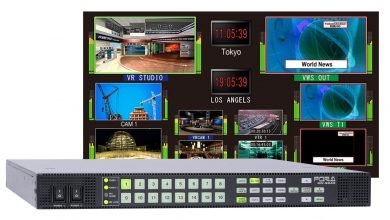