For many sports fans around the world, 2020 and 2021 turned out to be both a surreal and anti-climactic experience because of the Covid-19 pandemic.

The Tokyo Summer Olympics Games, which was originally scheduled to take place in 2020, played out in front of largely empty stadiums and sporting venues from late-July to early-August this year, with spectators prohibited because of the Japanese government’s efforts to curb the spread of the pandemic.

The English Premier League, one of the most popular and lucrative sporting franchises in the world, had to play large portions of the 2020/2021 season without any spectators in the stadiums, depriving football of one of its greatest appeals — an electrifying atmosphere created by noisy passionate fans.

These high-profile events, however, merely represent the tip of the iceberg for sports in general, as many other sporting events had to be cancelled because of the Coronavirus, the repercussions of which were felt not only by those watching at home.

“Due to COVID-19, many sports events did not happen, resulting in revenue loss for broadcasters,” Dr Peter Siebert, a broadcast industry adviser, and former Head of Technology at the DVB Project Office, told APB+.

Reflecting on developments in the broadcast and media industry in 2021, Dr Siebert added, “Also, companies had less money for advertising, reducing ad revenue for broadcasters. In addition, production of TV shows, movies, and TV series was reduced or even stopped, resulting in a reduced content offering for 2022.”

While interest in live sports is continuing to rebound as fans return to stadiums and sports venues, will broadcasters start to view sports as being financially unviable, as more streaming services such as Amazon continue to bid for the streaming rights of major sporting events such as the English Premier League?

Not necessarily so, was Dr Siebert’s candid assessment. “In Germany, the football rights are split between Sky and DAZN, which is a streaming service. Sky has the rights for the Saturday games, and DAZN for Fridays and Sundays,” he said. “So, if you want to watch all the games, you have to subscribe to both services.”

Eventually, it comes down to which service provider has the deepest pockets to buy the most attractive rights, and who can make a positive business case that will entice the consumer to pay, Dr Siebert noted.

“This does not mean that they will stop using the broadcast service. You should also consider that Sky will be using IP-based broadband delivery more and more in the future, so the difference between broadcast and broadband will become more and more blurred.”

On a more positive note, Dr Siebert believes that both broadcasters and video-on-demand (VoD) operators should look forward to the continued development of new video codecs such as the Versatile Video Coding (VVC) by MPEG and the AVS3 standard developed by the Audio and Video Coding Standard Workgroup of China.

He highlighted, “There is no immediate short-term effect of these codecs, but it can be expected that in the long run, these two codecs, together with the AV1 format developed by the Alliance for Open Media (AOM), will reduce the transmission cost for broadcasters and VoD operators, which is especially relevant for handheld reception, and will significantly reduce the data rate for 4K and 8K.”

Another development that Dr Siebert is following with keen interest is the ongoing discussion in 3GPP (3rd Generation Partnership Project) to make 5G more broadcast-friendly. “The latest development is to allow 5G broadcast in the 6/7/8 bandwidth so it can be used together with DVB-T2 or ATSC 3.0 in the UHF band,” he said.

With revenues streams taking a hit in 2021, many broadcasters are already beginning to put into place strategies that will enable them to rebound financially in 2022.

The answer perhaps, may be more obvious than many think. “Broadcasters typically sit on a treasure chest of content,” said Dr Siebert. “They could try to monetise this content by providing access to their archives for a fee.”

He was, however, quick to emphasise, “In many European countries, people have to pay a broadcast tax, so they should not have to pay for additional content. Broadcasters will need to offer content for free within their region, so a commercial scheme with regular payments will likely not work.

“The other way to make money from content archives is to sell advertising.”

For targeted advertisement (TA), standards such as the ATSC 3.0 are already providing the technology for broadcasters to support content delivery models based on a broadcast/broadband hybridisation. This allows broadcasters to enhance a linear broadcast programme with highly customised content, as well as specifically targeted content, or ads, to viewers.

The conundrum for free-to-air (FTA) broadcasters, said Dr Siebert, is convincing TV manufacturers to implement TA features into their devices. “No consumer will pay more for a TA feature,” he pointed out. “This is of course different for pay-TV operators who have more control and influence over their devices.”

As for the challenge of attracting and retaining eyeballs as live streaming continues to increase exponentially in an increasingly crowded content marketplace, Dr Siebert advised broadcasters to pay more attention to what the likes of Disney+ and Netflix are doing to successfully attract viewers.

Advising broadcasters not to dismiss these streaming trends, he said, “Instead, embrace them and consider their strengths. And there is content, such as the latest news, sports and TV shows, that will never go to VoD.”

Dr Siebert cited the long-running police procedural TV series Tatort, which has enjoyed a cult-like following since making its debut in 1970. “Tatort is a German crime show aired on Sunday evenings, and which is heavily discussed by viewers the next day. This is an excellent example that, while broadcasters will have to live with the fact that they will lose viewing time to VoD operators, they can fight back with the right content.”

And while technology may be a key enabler in enhancing the viewing experience, 4K, 8K, high dynamic range (HDR) or 3D, by themselves, will not be sufficient for broadcasters to attract more viewers.

Dr Siebert pointed out, “Entertainment is about storytelling, and people want to watch good stories. It is not relevant that the story comes in HD, 4K or 8K. Content providers should focus on creating good stories for both entertainment and news, and not on high resolution.

“Viewers will be more than willing to watch a good movie in SD, and will never watch boring content just because it is in 8K. Broadcasters, thus, should focus on their strengths, which are a trusted brand, interesting and relevant content, and a big content archive,” he concluded.

Question: As entertainment is about storytelling, broadcasters should continue to concentrate on producing compelling content … and, most importantly, be trusted sources of news?

Do send your suggestion on what else FTA broadcasters can do to regain eyeballs in 2022/23 to maven@editecintl.com 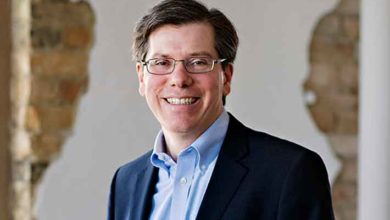