The deal includes highlights programming, digital content, commentaries and live instant highlights show for all UEFA’s rights holding broadcasters. The renewal marks the continuation of the partnership between Gravity Media and UEFA that began with the first season of UEFA Champions League football in 1992/93.

The new agreement will bring an increase in production services – on Thursday nights in particular where Gravity Media’s production centre will play host to more than 120 editorial and technical staff, including 32 commentators delivering world feed commentary to broadcasters around the world.

Nick Symes, Director of Technology for Gravity Media, who was also responsible for overseeing the project, said, “With the expansion of the Europa Conference League and the increased requirement for fast turnaround production facilities and workflows, our new operational areas needed to offer a flexible suite of tools to enable production teams to deliver the complex set of requirements for delivery of a bolstered UEFA match-night operation.

“The new facility occupies a newly refitted room and it is equipped with flexible monitoring positions, dedicated talkback … all integrated into high specification technical furniture.”

Frank Callaghan, Director of Production & Content for EMEA, said, “We are delighted to continue our relationship with UEFA for a further three years. To be trusted with such a major contract is testament to our production and technical teams’ continued ability to deliver huge volumes of valuable content to a very high and consistent level.” 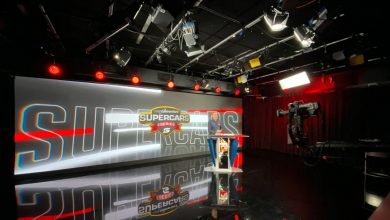