Many broadcasters in Japan have created 4K/UHD and 8K content, and they are just waiting to launch and be able to transmit the content to as many homes as possible. In January this year, Japan started transmission of news in 4K/UHD.

According to the IABM survey conducted by the Association for the Promotion of Advanced Broadcast Services (A-PAB), 4K/UHD is the second most desired new technology purchase for Japanese consumers, with 8K at fifth on the list.

Indeed, availability and quality of content is the driver for purchasing these technologies to deploy 4K/UHD transmission.

NHK, the Japanese public broadcaster, has started testing 8K Super Hi-Vision broadcasts during the Rio Summer Games 2016. The organisation has already 300 shows in its pipeline.

Survey analysis
The three-day survey at Inter BEE last year was conducted to gain a better understanding of the latest trends and technologies used by broadcast and media professionals in the Japanese market and by Inter BEE exhibitors. The respondents were asked about their technology demand drivers and investment trends.

The Inter BEE survey has been evaluated against the Supply Trends survey and the Buying Trends survey, respectively conducted in July and October 2018, to highlight the differences between the Japanese and global markets.

Demand drivers
Inter BEE 2018 sees “SDI to IP transition” as the most important demand driver for the respondents’ organisations at 56%, followed by “upgrade to immersive formats (4K/UHD, VR …)” at 26%, and in third place is “workflow automation” at 22%.

Compared to the global market, Japan gives much more importance to the IP transition because of the launch of 4K/UHD and 8K.

Compared to the Buying Trends report, people in Japan are more confident that IP is going to be adopted for 4K/UHD.

Preferred 4K/UHD format
A total of 47% of the respondents indicated that “4K/UHD with enhancements” is the format that their customers are planning to deploy the most, followed by “4K/UHD” at 24%, and “8K” at 16%.

The 4K/UHD formats that the organisations were interested in launching in the Buying Trends survey were markedly different. Japan is very focused on 4K/UHD so they are less interested (compared to the global market), in combining HD with enhancements.

The difference between the two surveys is due to the coming Summer Olympics and Paralympic Games that Tokyo will host in 2020 for which the major industry players are planning to broadcast in 8K.

SDI vs IP revenues
Comparing SDI and IP revenues, respondents said that on average 39% of their revenues come from the sales of IP-based equipment compared to SDI equipment; 25% is the average percentage reported in the Supply Trends survey.

This is consistent with IP being the top infrastructure for deploying 4K/UHD and a major demand driver for technology suppliers operating in the Japanese market.

Investment in emerging technologies
At Inter BEE 2018, respondents said that the emerging trends and technologies for the R&D in the future will be mostly “IP technology” (72%), followed by “4K/UHD” at 58%, and “cloud and virtualisation” at 38%.

The result of the Supply Trends survey recorded “cloud and virtualisation” as the highest percentage at 61%, followed by “IP technology” at 53%, and “4K/UHD” at 48%.

The top three options in both the surveys were the same but IP in the Japanese market has moved to the top of the list.

The results of the survey show the importance of IP in Japan compared to the global market. The reason for this difference is due to the Japanese broadcast and media industry’s focus on the deployment of 4K/UHD and 8K, as these two technologies are the major growth areas for the local and foreign suppliers operating in Japan. 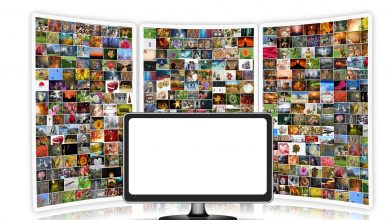 When, why AI: Combined with ML, AI will drive the next wave of innovation for broadcast & media industry