Having seen a gradual decline in subscribers over the past few years, Singapore’s pay-TV operators, Singtel and StarHub, have been dealt a further blow in their bid to stay relevant to viewers in Singapore.

Last month, Disney announced that, from this October, it will be shutting down 13 pay-TV channels currently available in Singapore, as part of the company’s efforts to “pivot towards a direct-to-consumer-first model and further grow its streaming services”.

Will this also spell more serious repercussions for traditional TV operators in the Asia-Pacific region?

Since its launch 16 months ago, Disney+ has not only proved to be a serious competitor to Netflix, but more importantly, has repeatedly highlighted how streaming services are continuing to draw viewers away from traditional linear TV services with the promise of premium but affordable content, anytime and anywhere.

“100 million subscribers for Disney+ after all, is nothing to be scoffed at. Instead, it is a clear indication of the growing strength of over-the-top (OTT), and how it is changing the media consumption landscape all over the world,” said Dr Ahmad Zaki, Director, Technical Operations, TV Network, Media Prima.

OTT will continue to grow from strength to strength, because traditional broadcasters no longer hold the ‘trump card’, which is the distribution platform or infrastructure.

Dr Zaki elaborated: “During the old days, content creators needed to work with broadcasters to be able to distribute their content. They do not have the means to get their content to viewers, so broadcasters and pay-TV operators offer their platforms for a fee.”

Two key developments have since disrupted this arrangement, as Dr Zaki pointed out. Firstly, as distribution platforms have been liberalised, content creators are bypassing broadcasters to reach out directly to viewers.

Secondly, platform operators are now becoming content editors, a development best epitomised by Netflix and the seminal House of Cards, Netflix’s first original series that streamed exclusively on a streaming service. “So, both content creators and platform owners are becoming less dependent on each other,” added Dr Zaki.

He also cited Malaysia’s Astro as an example of how traditional broadcasters need to reinvent themselves to stay relevant in the world of OTT. While Astro is working with The Walt Disney Company to launch the Disney+ Hotstar streaming platform this June, the satellite TV provider has also been gradually promoting its Ultra Box OTT/IPTV platform.

Traditional TV still has a role to play

It cannot be emphasised enough that any suggestion that traditional TV is heading for an inevitable demise is overstated. Equally, however, there is little doubt that linear TV will continue to decline, unless broadcasters take action to overhaul long entrenched business models that have become anachronistic and simply do not excite anymore.

In Singapore, for instance, the popularity of pay-TV has long been predicated on sports, and in particular, the English Premier League (EPL), which enjoys a fanatical following in the country. Amazon Prime Video’s broadcast of selected matches of the EPL this season, however, has painted a not-too-distant future where more sports content is made available on streaming services, potentially pulling more subscribers away from pay-TV services.

“As the industry continues to evolve, every company has to decide how it best faces the future. There is no binary solution that applies to everyone,” said Louis Boswell, CEO of AVIA (Asia Video Industry Association).

According to Boswell, Disney’s decision to shutter many of their linear brands should not come as a huge surprise, seeing how the company has attached growing importance to streaming services in recent times.

He added, “It is important to note [however], that they are not abandoning linear thought, with some channels remaining. If the foundations are strong, companies have the best chance of making the right business decisions to protect their future.” 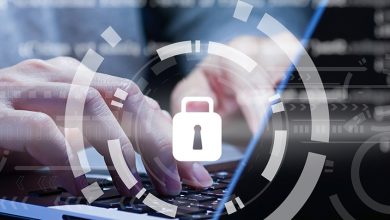