To encourage creativity during the coronavirus lockdown restrictions around the world, Atomos has organised a Lockdown Safari Competition inviting its followers worldwide to share their take on nature.

The submission by New Zealand’s freelance videographer Joe Lawry, entitled Mantis Munch, emerged as a winner from a shortlist of five finalists from around the world.

As a Covid-19 filming requirement, social distancing had to be followed and no people were to appear in the video.

Shot on a Sony FX9 and Canon 100mm L 2.8 Lens in macro, Lawry’s two-minute short video tells the story of an alien invader in the backyards of New Zealand – the Praying Mantis. Mantis Munch depicts a hungry mother praying mantis on the hunt for her next meal in a rubbish bin, eventually finding and devouring her prey in a grizzly manner.

Judging the competition was wildlife filmmaker Ben Cherry, who has worked on documentaries around the world for the likes of the BBC and the UK’s Channel 4.

“The diversity of short films and the overall image quality on show was really impressive. Judging the competition was so inspiring, seeing how different creatives can interpret the brief and be so imaginative.

“It even encouraged me to think outside the box more and pursue greater creativity. Choosing an overall winner was tricky as there were also so many merits in the other films,” he enthused.

Cherry added: “Joe Lawry showed great clarity of vision and communication as well as fantastic skill both in the filming and the edit. In the two-minute Mantis Munch I was taken on a slightly gruesome journey, and it’s that story-telling that ultimately impressed me the most.”

Lawry’s winning video can be seen at 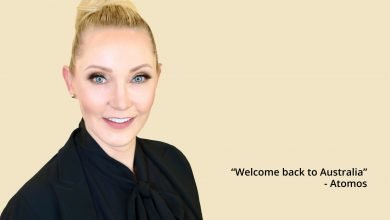 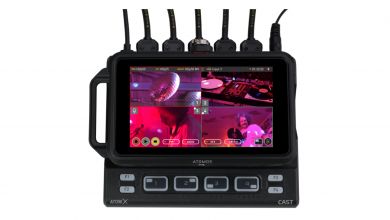 Atomos out to steal your heart with its Ninja CAST