Driven by a desire to create an interoperability standard for transporting low-latency live video over unmanaged networks, a group of experts came together to create the Reliable Internet Stream Transport (RIST) protocol through the RIST Forum.

Designed to reliably transport video over the Internet for any use case, RIST is typically used for professional media workflows such as news and sports contribution, remote production, affiliate distribution as well as primary distribution.

With many broadcast employees working from home due to the pandemic, RIST’s reliability and low latency proved to be particularly useful for live newscasts and sportscasts, said Rick Ackermans, Director, Radio Frequency & Transmission Engineering, CBS.

Speaking at a panel discussion during the VidTrans 2022 Annual Conference & Exposition, Ackermans highlighted, “RIST is very reliable at low latency when you are dealing with consumer-grade connection. Anyone who has cable Internet at home, as do a lot of our reporters and on-air talent, knows that it is extremely asymmetrical.

“Your ability to do an upload, which is critical for on-air, is all crammed into that 48MHz and down spectrum. If latency is an issue, RIST has proven to be very reliable in getting it on-air, whether it’s for news, sports, or entertainment.”

Joining Ackermans during the panel discussion were Sergio Ammirata, Chief Architect, SipRadius; Ciro Noronha, EVP of Engineering, Cobalt Digital; and Adi Rozenberg, Founder of AlvaLinks, all of whom are members of the RIST Activity Group.

They highlighted some of the market applications that are already successfully deploying RIST, including a 24/7, live playout of an on-air TV channel from Brooklyn to Sydney, which is delivered over the public Internet using a redundant method with two ISPs at source and two ISPs at location.

RIST was selected for bounded latency and because the broadcaster did not want to incur the expense of having a dedicated fibre link or satellite channel.

In North America, a major US broadcaster needed to replace its IPTV system with one that is easier to manage and play as the original players were native and required Internet Explorer. Using a feature called “on-demand RIST”, the broadcaster was able to transmit the streams from encoders to the media servers, where the encoders are listening to a port and any of the media servers can connect and retrieve the stream as required.

Since the launch of the RIST Simple Profile in 2018, the protocol has evolved to include the Main Profile – which is the most widely implemented today – and the Advanced Profile, which was released at the end of 2021.

Noronha described, “RIST Simple Profile brings reliability, the Main Profile provides security and tunnel link, and the Advanced Profile brings it all together with a smart VPN.

“Now, RIST is working on the ‘nice-to-haves’, such as TR-06-4 specification, control and management features and the use of Wire Guard.”

With RIST Advanced Profile, users can add the ability to use RIST as a transport layer for any protocol, including TCP, HTTP, NDI, SRT, and SMPTE 2110, to be cloud-native and work in a multi-cloud environment with 5G and satellite.

The main feature of RIST Advanced Profile is tunnel-level ARQ (automatic repeat request), allowing RIST to become a transport for other protocols, including RTP-based media signals such as SMPTE ST 2110, ST 2022 and MPEG TS over UDP (User Datagram Protocol).

Using RIST, a reliable tunnel can be created between two endpoints, and any IP or Ethernet-based protocol can be reliably carried over this tunnel. In addition, bi-directional protocols based on TCP (transmission control protocol) can be transported securely and reliably in the same packet tunnel while consuming only a single UDP port to simplify firewall configuration.

SipRadius’ Ammirata, said, “With the multiplexing capabilities of RIST, there is no need to create multiple tunnels for each stream. Users can multiplex them all together and manage bandwidth as a whole to help with firewall and packet recovery.”

“It is easy to set up and decide if it’s a client or a server — and what encryption method you want it to do. It allows packet recovery and error correction that existing pipes do not without using other programmes.”

He cited a recent example where a Twitch streamer experiencing an upload problem, where there was a 3% packet loss between source and destination, used RIST to counteract the packet loss and increase the upload from 2 megabits to almost 8 megabits in a limited upload bandwidth scenario.

“RIST advanced profile allows users to create a fully manageable pipe with QRS, priority, and everything else in one place. This is in contrast to using a worker tunnel and pushing the data using two separate tunnels and two bandwidths,” Rozenberg added.

Using the EAP SHA256-SRP6a Authentication Protocol, RIST can be used to securely create a multicast content distribution system without customers being locked into a proprietary vendor system. This new feature enables bi-directional authentication and is based on the use of username/password, thus removing the need to generate and maintain complex SSL (Secure Sockets Layer) certificates. RIST also includes mechanisms to de-authorise receivers on-the-fly without disturbing the content.

Cobalt Digital’s Noronha, who is also the president of the RIST Forum, said, “Since its development, RIST has natively supported IP Multicast, enabling one-to-many transmission with reliable, low-latency delivery.

“With security a growing concern for broadcasters, authentication becomes even more crucial when transmitting content over a combination of network lines. The RIST Multicast Authentication system offers a free alternative to costly proprietary DRM (digital rights management) systems and ensures that only authorised receivers are able to decrypt the multicast content.”

Next on the horizon in the development of RIST is a specification that varies the encoder bitrate based on packet loss network condition. Although this already exists in some applications, RIST is implementing source adaptivity rather than encoder adaptivity.

To be available to TR-06-4 for RIST Advanced Profile, Main Profile, and Simple Profile, this will give users the same capabilities as cellular bonding and allow them to monitor the health of the signal.

“It can also throttle the source or change its bitrate to provide more flexibility and users will be able to lower or raise the amount of traffic over a link and use artificial intelligence (AI) to decide which links to use and how to diverse their data,” said Rozenberg.

As RIST continues to be developed and enhanced to support the transport of low-latency live video over unmanaged networks, it will be guided by a number of key operating principles.

“RIST will always be built on the best available technologies that we can find and implement in such a way that it is easy and smooth for the community to use.

“RIST users can mix and match because they are not locked to a single vendor. If this vendor doesn’t work for them, they can change to another vendor,” Noronha concluded.

To book a meeting with a RIST representative at IBC, get in touch with Suzana (suzana@rist.tv). IBC 2022 will take place from September 9-12 at the RAI Exhibition & Conference Centre in Amsterdam. 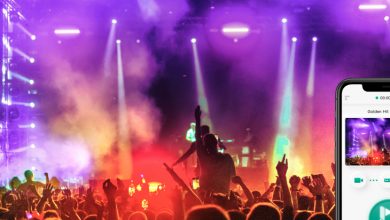 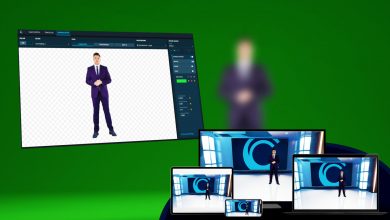 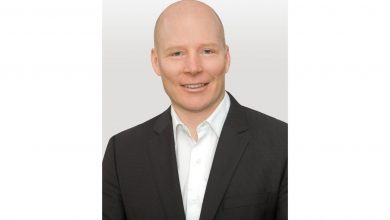