Propelled by increasing connectivity demand worldwide and post-COVID-19 recovery in the near term, NSR is forecasting that satellite backhaul business will hit $25 billion in annual revenue in 2030.

According to NSR’s Wireless Backhaul via Satellite, 15th Edition released on April 12, satellite backhaul is a core target of almost every current and new satellite capacity provider. The research company expects the backhaul business to offer one of the largest revenue opportunities for satcom over the next decade.  Indeed, digitisation is becoming a top priority of governments pushing for ubiquitous broadband in that satellite is finally regarded as an alternative tool for rural deployments, thus creating a massive opportunity for cellular backhaul.

COVID-19 did have a negative impact on the satellite backhaul market, especially for equipment vendors in 2020; deployments were interrupted and there were few new deals.

Lluc Palerm, NSR Principal Analyst and the WBS15 report author,  however maintains that new business models like Managed Services and Network-as-a-Service are key to make satellite easier to adopt by MNOs.

“Commercial satellite backhaul of 5G will still take time to develop,” he cautioned, adding that about 35% of the traffic by 2030 will be driven by 5G … but the importance of 5G goes well beyond backhaul of 5G cells as it will facilitate seamless orchestration of satellite and terrestrial networks while opening multiple new use cases.

Will 5G be a catalyse for satellite backhaul growth? Who are the leading equipment manufacturers in each satellite vertical? Can satellite play a role in IP content delivery through new hybrid networks? Answers to these questions can be found in the newly released WBS15 report. Just log on to NSR’s Wireless Backhaul via Satellite, 15th Edition Satellite, 15th Edition. 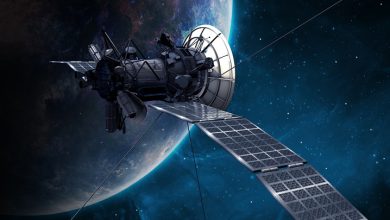