Singapore will be the first market globally to experience six iconic content brands from the Walt Disney Company when it launches its highly anticipated streaming service Disney+ on 23 February 2021.

Viewers will have access to content from Disney, Pixar, Marvel, Star Wars, National Geographic, as well as Star, an entertainment brand in Asia that will be part of the brand’s line-up.

Disney+ will offer over 500 films and 15,000 episodes of content from Disney, Pixar, Marvel, Star Wars, National Geographic, and Star all in one place. The streaming service will also be home to a growing selection of exclusive Disney+ Originals content and specials, including The Mandalorian, Marvel Studios’ WandaVision, Disney’s Lady and the Tramp, Disney and Pixar’s Forky Asks a Question, and Broadway musical Hamilton.

Also available to subscribers will be Disney+’s library content, which includes Marvel Studios’ Avengers: Endgame, Avengers: Infinity War, and Black Panther; Disney’s live action adaptations such as The Lion King, Aladdin, and Beauty and the Beast; and animation films such as Disney’s Frozen 2 and Big Hero 6, Disney and Pixar’s The Incredibles 2 and Finding Dory, and The Simpsons franchise.

“The Disney+ launch in Singapore will be the global day-and-date launch with general entertainment offering ‘Star’, which will be added alongside content from Disney, Marvel, Pixar, Star Wars and National Geographic. With this launch, we take another momentous step in staying committed to our promise of delivering powerful stories with heart to consumers,” said Amit Malhotra, Regional Lead, Emerging Markets, The Walt Disney Company APAC.

Disney will be charging users S$11.98 (US$8.98) per month (or S$119.98 a year) for a subscription that will feature more than 500 films and 15,000 episodes of content. Subscribers will be able to stream Disney+ on a wide selection of mobile and connected TV devices at launch, including gaming consoles, streaming media players, and smart TVs. 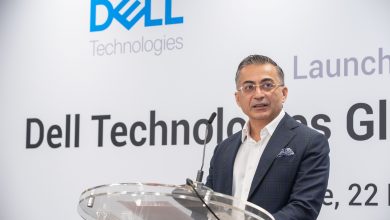