A new chapter in Singapore’s broadcast TV history started on January 1 as the republic successfully shut down all its analogue TV transmissions.

This, according to Goh Kim Soon, head, broadcast engineering, Mediacorp, is the culmination of a journey that began in September 2014, when the Info-communications Media Development Authority of Singapore (IMDA) launched the Digital TV Assistance Scheme to help low-income households make the switch to digital TV (DTV).
“To help more Singaporeans transition to DTV, the scheme was expanded in April 2018 to all Singaporean households that did not subscribe to pay-TV, through the Digital Starter Kit,” Goh added.
To further raise awareness about the digital switchover (DSO), IMDA organised weekly DTV carnivals and pop-up counters at various community centres in the republic, where residents could get their DTV-related queries answered and book appointments for free installations.

Reminders about the analogue switch-off date were also displayed regularly on TV screens to urge viewers to switch over to DTV as soon as possible.

Reflecting back on this journey, Goh said: “Seamless migration to DTV requires a national effort involving all stakeholders in the industry — from the government to the broadcasters, retailers, TV manufacturers and DTV equipment suppliers.

“Since the first announcement of Singapore’s decision to switch to DTV in December 2013, a joint IMDA-Mediacorp taskforce has been set up to look into a tiered approach in the nationwide #Switch2DTV marketing campaign — firstly, to create awareness of the DSO date, and secondly, to educate on the benefits of DTV and the different ways to switch. This is followed by last-mile above-the-line, below-the-line and direct outreach efforts to drive conversion.”
Particularly for Mediacorp, the broadcaster adopted a 360-degree approach by leveraging its multiple platforms — out-of-home (OOH), print, radio, TV, digital — as well as leveraging its strengths to amplify direct-to-home (DTH) messages. These include star appeal via artistes’ presence at heartland roadshows and shoutouts during drama promotions, as well as curated content, including DTV messages in Mediacorp’s variety programmes, dramas and news coverage.
“Direct outreach efforts via house visits by staff were also ongoing to help Singaporeans in the last lap of the nation’s journey in DTV conversion,” said Goh.
As to any transformational changes that Mediacorp can expect to enjoy after the switchover to DTV, Goh pointed out that Mediacorp’s internal broadcast facility has been converted to digital for many years ago.

“With DSO and more people receiving DTV, Mediacorp will be able to leverage the digital transmission to introduce and experiment on services like Hybrid Broadcast Broadband TV (HbbTV) and 4K/Ultra HD (UHD),” Goh added.
“HbbTV uses both broadcast and broadband to allow a seamless experience for viewers to go from offline to online and vice versa.
“We launched the Toggle Red Button service in 2016 and will continue to develop the service.”

Singapore is the first country in South-east Asia to complete the DSO, ahead of ASEAN’s mandated 2020 deadline for all its member countries in the region to complete the transition to DTV. 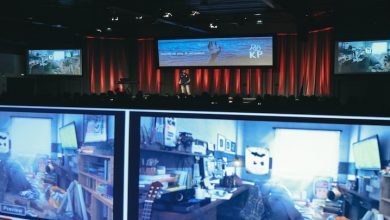 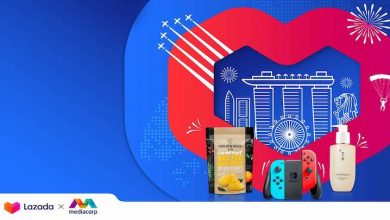