In 2016, UK broadcaster Sky decided to refurbish its news studio by introducing production automation as a way of improving the consistency of the channel’s content.

Jack Horry, Sky’s project lead at the Isleworth studios near London, was initially concerned with the issue of integration. According to Horry, there were a number of different vendors involved in the project and many of them were providing custom applications. Thus, Sky was concerned about how any automated production control (APC) system would integrate with the different solutions on the table.

He continued: “We already knew that OverDrive is a popular product and is widely used, but interoperability was obviously an important issue for Sky. Fortunately, the Ross OverDrive development team spent a lot of time with us and they were happy to talk about roadmaps to the extent that some specific features we asked for have now been incorporated into the mainstream product.

“We’re extremely pleased with the results and we’ve seen a definite improvement in consistency while still giving us the flexibility we need to introduce breaking news or make changes to the rundown quickly and easily.”

For Sky News, no reduction in flexibility would have been accepted, said Scott Bowditch, director of business development for OverDrive, Ross Video. “From the beginning of the process, it was clear to the operations and engineering stakeholders that OverDrive is a very powerful product and can automate even the most complex workflows.

“OverDrive is designed to be ‘newsroom-friendly’ and to take account of the fact that news is inherently dynamic and fluid. OverDrive has actually increased Sky’s ability to address late changes and breaking news more quickly and efficiently than ever before, without comprising the rest of the rundown,” he concluded. 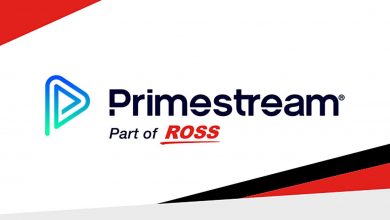