Simon Clark, APAC and EMEA sales development manager for the Vitec Group’s Autoscript brand, explains to APB how his company is rewriting the rules for teleprompting systems as broadcast customers continue to migrate to all-IP infrastructures.

It has been a big year for Autoscript, headlined by the launch of Intelligent Prompting — an all-IP-based prompting system. What led Autoscript to develop that solution?
Simon Clark: With the IP revolution, our media customers are re-thinking their approach to virtually every aspect of production. They are sold on the potential benefits of migrating to IP, but they know it is only going to succeed if all production elements can work together in a tightly integrated and seamless way. And that goes right down to the prompting systems.

Until now, prompting systems have relied on USB, video and serial cables to connect the controller to the prompting engine and deliver prompting output to the monitor. With Intelligent Prompting, we were looking to re-think that approach and re-design each component around an IP-enabled workflow that takes advantage of the new world of packet-based signal distribution.

Can you tell us more about Intelligent Prompting and how it supports IP workflows?
Clark: We are really proud to say that it is the broadcast industry’s first fully IP-enabled teleprompting solution, designed to take maximum advantage of IP’s connectivity, flexibility, ease-of-use and cost-efficiencies.

With Intelligent Prompting, we realised that IP-based prompting requires a systematic approach, with the ability to fit seamlessly into the fully networked and geographically disperse IP production facilities that are now under development in many parts of the world.

To meet this requirement, we built a significant amount of intelligence into the new EVO-IP and EPIC-IP prompting monitors. This allows them to be identified on the IP network and controlled both locally and remotely by the operator. The operator can access multiple prompters and determine, at a glance, whether each is functioning properly. This set-up also makes it easy for the operator to upload new scripts from the production facility’s in-house newsroom system and then queue the scripts up on the correct monitors.

With intelligent scroll technology built in, each monitor can generate video output from small unicast data packets sent from the WinPlus-IP prompting software. In this manner, Intelligent Prompting can avoid sending video over IP and all the drawbacks that go with it. With much less data sent over the IP network, every monitor can remain in constant communication with the master application to ensure reliable synchronisation and easier operation.

One operator can control the script, speed and other prompting attributes in multiple locations, and instantly switch control to another operator anywhere in the world when necessary. For instance, an operator in Sydney can control a prompter in Perth and then, from the same workstation, begins operating a prompter in Melbourne. Likewise, IP connectivity provides powerful redundancy, as a second master WinPlus-IP software application can be installed and then take over control seamlessly as required.

How has Intelligent Prompting been received in the APAC region?
Clark: Autoscript is a highly trusted brand and the market leader for prompting throughout Asia; in fact, the state broadcasters in China, India and Singapore are all customers of our prompting solutions. APAC broadcasters are leading the way in IP innovation and setting an example for the rest of the world. A case in point is our long-time customer, Singapore’s Mediacorp, one of the first customers in the world to approach us about building a facility that was IP-based from the ground up. Now that Intelligent Prompting systems are shipping, we have customers throughout APAC, including The Voice of Vietnam.

What about customers who are not yet ready to move to IP operations?
Clark: Many of our APAC customers are taking a more gradual approach to the IP migration, adding components as their budgets allow. For those customers, we want to emphasise that we are still actively developing leading-edge features to benefit traditional video prompting workflows.

For instance, the EVO-IP and EPIC-IP monitors are slimmer and brighter, with a new carbon-fibre hood, and have HD-SDI and composite inputs alongside their IP connectivity. These types of hybrid solutions will be a critical stepping stone for many broadcasters who lack the budget, or who are too invested in their current facilities, to make an overnight transition to IP operations. 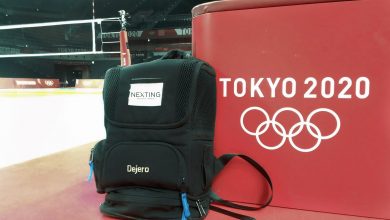 Get smart: Blend technologies to build a rugged, reliable ‘network of networks’ in the cloud