The network architecture is supported with Aviwest’s equipment, which managed the transmission feeds via IP during an annual golf tournament in the US

Last September, a US sports network employed VidOvation and Aviwest technology for the international coverage of an annual golf tournament between US and European teams. As a supplier of audio and visual equipment, VidOvation provided Aviwest’s gear equipped with SafeStreams technology, which allowed the network to use IP to contribute and transport all video signals over the Internet between the event at Le Golf National Golf Course in Paris and the studio control room in Atlanta, USA.

Jim Jachetta, executive vice-president and CTO at VidOvation, explained: “The main challenge for this company was to backhaul live, multi-camera, multi-source audio and video reliability over the public Internet, which, as an unmanaged network, is very unstable. Aviwest built the adaptive SafeStreams protocol to overcome such barriers, especially for remote-integration productions like this one.”

Based on this system architecture, the US sports network was able to transport 16 contribution feeds from Paris to Atlanta, and four return feeds from Atlanta to Paris over a 1GbE/s Internet connection, with support for both variable and constant bitrates.

“With technology from Aviwest and support from VidOvation, the network’s coverage went off without a hitch, and we were able to save them significant costs on contribution and distribution in the process,” Jachetta concluded. “Not only did the gear perform beyond the network’s expectation, but our support before and during its coverage was excellent. We’re looking forward to helping this network and others put the Aviwest gear to use in more live sports broadcasts in the months ahead.” 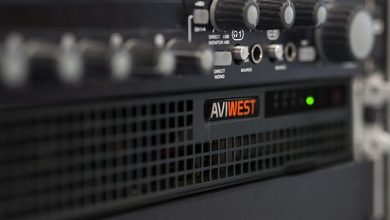