Having pulled away tens of millions of subscribers from cable operators, Netflix became the legend that disrupted the way contents are produced and watched. Since 2010, Netflix has been buying broadcasting rights of popular movies and TV shows and new content from media powerhouses such as Disney, AT&T and Warner Media to air programmes like Star Wars, Marvel movies and many big Hollywood TV hits.

However, its colossal competitors are slowly pulling down the most-watched franchises – such as Friends, and The Office – on Netflix to stream the programmes on their newly created streaming platforms, resulting in the start of ‘Streaming Wars’.

After soaring to the top of the stocks market in the past few years, Netflix’s stock price plunged by 20% after releasing weak second-quarter earnings in July this year. The financial results also showed that 2.7 million subscribers were added globally, which is far from the forecast of 5 million new subscribers. Despite the bleak outlook, Netflix is looking to add 7 million subscribers before the end of Q3 2019.

With the announcement by Disney in April, that it would phase out its original content from Netflix and offer its OTT service at US$6.99 a month, almost half the price of a Netflix subscription plan, some analysts began predicting that would be the start of the end of Netflix’s business.

However, Disney announced last month that it will be bundling its SVoD Disney+ with ESPN and Hulu (the third most-watched OTT platform in the US) at US$12.99. How this will be received by cord-cutters in the US and beyond remains to be seen.

Disney reportedly has a market worth of US$247 billion, with the Marvel franchise making $18 billion since 2009. The axing of these popular franchises from Netflix did not faze Netflix. As content is king, Netflix  has decided to create its own original content, investing $12 billion last year and increasing its budget for producing more compelling TV drama series and movies to $15 billion for the current year.

However, it must be noted that Disney is a family-friendly network and to steer away from this image may severely harm its long-standing reputation.

Netflix, on the other hand, is more into adult entertainment as its original content such as Orange is the New Black and Stranger Things have amassed more than 105 million and 40.7 million viewers respectively. Both the productions are geared towards adult audience; and Netflix’s unconventional story-telling methods and satirical humour that poked-fun at the real-world seem to jell with its  audiences worldwide.

Although Netflix has produced many eye-catching originals, The Guardian newspaper in UK reported: “Netflix original productions in the US make up only about 8% of the hours of content available in its vast library, and 9% in the UK.

“In addition to this figure, a further 5% of hours are labelled as original by Netflix because it airs it first, but is acquired from content suppliers, such as Star Trek: Discovery.”

This being the case, Netflix is beefing up its original content library quickly to retain its position as the ‘top-dog’ in the streaming business; Netflix has also been investing in original productions in other countries — go global, act local. However,  to fund the new development, its debts has spiked by 58% to $10.3 billion.

For instance, Netflix has inked a second deal with Alibaba Group Holding’s Youku video service to gain exclusive distribution rights outside of China for romantic comedy, I Hear You. It has also acquired rights to a Chinese sci-fi movie, The Wandering Earth, which is a top hit in China. Earlier this year, Netflix also kicked off production of two foreign original movies — Triad Princess in Taiwan and The Ghost Bride in Malaysia.

Netflix is also facing other big contenders in the business — AT&T and Warner Media that own global favourites such as Game of Thrones and Friends. in the past few years, Netflix has paid US$30 million a year to retain Friends — the most-watched franchise on the shelf, but this year it paid US$100 million to HBO. The onslaught of Netflix has intensified as Apple is partnering with Netflix’s competitors to stream video contents on the all-new Apple TV+ application, at just US$9.99 a month.

Apple Inc. has also earmarked US$6 billion to produce star-dazzled original content for its subscription service and it has signed on one of Hollywood’s biggest TV stars  — Jennifer Aniston, the popular actress in Friends.

To survive the SVoD war, Netflix is going beyond producing original content; it has strategically expanded its promotion of original content via partnerships and licensing — for example, offering mobile and consoles games based on the licensed content Stranger Things.

Moreover, Netflix is initiating brand partnerships with major food and sports chains such as Coke and Nike. The move could be a more lucrative method of promoting Netflix while cutting back on paid ads.

Even more recently, Netflix has signed a deal with World Economic Forum’s (WEF) Digital ASEAN Working Group to help people and governments in South-east Asia develop creative and digital skills and capabilities in preparation for the Fourth Industrial Revolution.

Netflix has announced that it will work with various partners to hold workshops and training sessions that will initially be held during the next six months in Indonesia, Malaysia, the Philippines, Thailand, and Vietnam — and with more collaboration under consideration so as affix Netflix’s name firmly in Asia-Pacific in the new year.

While the prospects may be cloudy, Netflix will not fade away but with a different business strategy it can emerge stronger than before. 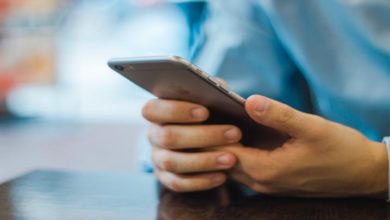 The future where video is optimised anytime, anywhere 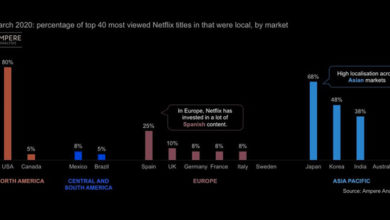